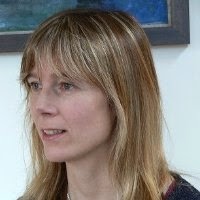 Analysys Mason has hired a new analyst to cover the M2M and Internet of Things (IoT) market.

Michele Mackenzie will be working alongside Morgan Mullooly.

They are part of Chris Nicoll's team which covers Networks, Enterprise and IoT/M2M.

Prior to joining Analysys Mason, Michele was working as a freelance analyst for M2M specialists Machina Research and  Point Topic. Before this she spent 12 years with Ovum.

Posted by David Rossiter at 9:24 am No comments:

So what to social media?

The question of how AR professionals should use social media keeps cropping up.

There has been no shortage of social media gurus who happily told us that social media would radically transform the world of AR.

Yet my colleagues at the IIAR and I found ourselves continually asking the same thing. Has that transformation actually happened?

No-one would dispute that social media has had some impact. Still, has it really changed the fundamental way in which an AR professional needs to be work if they're to be successful and effective?

Look at blogging for instance. This changed the analyst world. Suddenly it provided a quick and easy means to publish short research notes and get instant feedback. Some analyst firms, notably Redmonk, used blogging as a foundation to build a new style of analyst firm. Go back 15 years and compare the way analyst firms have to work today. It is significantly different. Blogging was a big driver of those changes.

We decided that we needed to ask some experts. But, with one exception, we didn't look for social media folk. Instead, we turned to the analysts and a couple of weeks ago, I had the pleasure of chairing a vigorous and lively discussion on how analysts use social media to:

Some analysts couldn't make the discussion but contributed thoughts beforehand. On the evening itself, we had James Governor from Redmonk (@monkchips, LinkedIn), Gareth Lodge from Celent (@Gareth_Lodge, LinkedIn) and Clive Longbottom from Quocirca (@clivel_98, LinkedIn). They were joined by Robin Hamman (Twitter, blog, LinkedIn) social business lead from FleischmanHillard to mix things up a bit. (He was remarkably pragmatic).

My key takeaways were:

A couple of basic messages came through time and time again.
And two things to think about in future:
There was a lot more but I'm limited in what I can share in this post. I need to respect the fact that this was a closed session, only open to IIAR members and guests. IIAR members can listen to a recording of the panel discussion free of charge (there's a copy on Huddle).

Thanks to all the panellists who took part on the day as well as those analysts who contributed beforehand.

Thanks also to Yash Khanna (Twitter,Linkedin) from TCS who hosted the event at his offices and everyone from the IIAR (@IIAR,LinkedIn) who came along to ask questions and share their experiences.

Congratulations to Catherine Stagg-Macey who has just been appointed as associate research director for UK and European insurance at Novarica, a research and advisory firm focused on insurance technology strategy.

She tells me she will be focused initially on the London market covering trends and vendors in that space.

Alongside her role as analyst, Catherine continues to works to build her own business in executive and leadership coaching in the tech sector. She founded Belgrave Street in 2013 which focuses on developing leadership capabilities through coaching and bespoke team workshops.

If you're interested in this side of her work, you should take a look at Catherine's blog. It makes for interesting reading.

Catherine's probably best known for her role at Celent where she established herself as one of Europe's foremost analysts covering insurance technology.
Posted by David Rossiter at 12:33 pm No comments:

The Great Telco Debate is coming to London

In June, London is going to see a great gathering of well-known and highly-respected independent telecoms experts.

They are coming together for The Great Telco Debate, which is bringing together a unique mixture of industry analysts, financial analysts, consultants, trade associations and bloggers.

The debate is the brainchild of Chris Lewis from Lewis Insight and Graham Wilde of BWCS.

Chris explained: "We think the Great Telco Debate is unique in two respects. The primary idea behind it is to give senior level people in the industry a chance to participate in a forum with respected independent analysts. Obviously, Gartner and IDC have annual events, but this idea was borne out of the realisation that there's no forum where you can hear from independent thinkers in the industry. So we're not trying to pedal a universal view of the world, because each one of our analysts has their own opinion. And as a group, we're also not tied down with conflicts of interest - we're not evaluating our customers' technology, for example, or dealing in our customers' shares.

"The second unique element is the format. We thought let's make this a traditional debate - you know, this House believes the telco is dead and buried, or not, as the case may be. The great thing about the debate format is that everyone who attends gets to have their say, and ultimately vote. A debate is a great vehicle for boiling things down to some critical issues and examining the evidence on both sides of the argument, and also for getting some incisive insight from the floor.

"And this is an important area for telecoms. I heard someone the other day describe telecoms as a 'sunset industry'. The implications of that are quite scary, but is it really true? What are telcos supposed to make of things like WhatsApp, or Salesforce.com or GoToMeeting? Are they supposed to just shut up and carry the bits? There's no consensus but the Great Telco Debate will certainly provide senior execs with more insight and analysis on both sides of the argument."

They will be discussing all the hot topics in the industry including:

The Great Telco Debate is taking place on 26th June 2014 in central London. Visit the website for more information on the agenda, the speakers and how to get a ticket.

Alternatively, watch Chris and Graham go 'head to head' (the Alas Smith & Jones of the telco industry?) in a series of videos on YouTube.

Posted by David Rossiter at 9:27 am No comments:

One of the most familiar faces in the mobile device analyst world is moving on.

Pete Cunningham, who was principal analyst for mobile devices at Canalys, has got himself a new gig.

He's returning to his roots and becoming a senior product manager for the Bullitt Group.

The company designs, manufactures, markets and sells mobile phones and consumer electronics products in partnership with global brands. Its customers include Caterpillar, Ted Baker and JCB.

Posted by David Rossiter at 9:46 am No comments:

He’s now working for himself, focusing on smart cities, and is open for business.

That’s good news. I’m sure I wasn’t the only one thinking that Joe's departure left a big gap in the UK public sector analyst space.

Posted by David Rossiter at 8:22 am No comments: 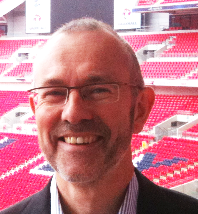 One of the best known and most well liked software analysts in Europe has got himself a new role.

Philip Carnelley has joined IDC as research director in its European Software Group. He will be covering enterprise mobility software platforms and applications, Big Data platforms, and middleware.

The company says he is "also tasked with writing and presenting on broader enterprise software trends and the impact of emerging technology areas as they relate to the European region."

That's got Philip covering two pretty hot areas and with a very broad forward looking brief. Still, his background suggests he won't let himself get carried away with the hype.

Philip has been in the enterprise software space now, first with Oracle and then as an analyst, for over 25 years. Until December, he was with PAC in the UK, responsible for software and application services. He's also worked with TechMarketView, Ovum and Gartner.

When I asked Philip why he'd joined IDC, he said: "I felt that leveraging IDC's global resources could take my work to a higher level. Also, it has a great European software and services team, many of whom I've worked with before. ‎For a 50-year old company, it's amazing how much it's changing. It's a very energising place to work right now."

Philip continues as an associate with Knowledge Peers, the business networking and knowledge sharing organisation run by Chris Dines, ex CEO of Ovum.


Posted by David Rossiter at 9:03 am No comments:

David Rossiter
I've been working in Industry Analyst Relations for over 10 years.

I currently run Sunesis, the industry analyst relations consultancy which is part of The Good Relations Group and owned by Chime Communications.

I've also been closely involved with the IIAR (Institute of Industry Analyst Relations) since helping to found it.